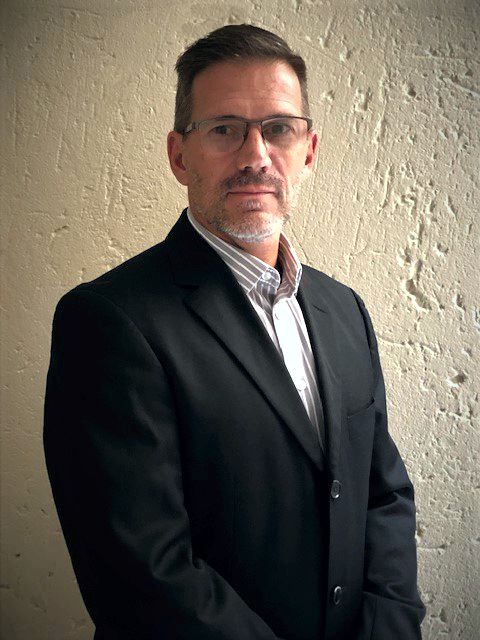 Having worked in environments from small mom-and-pop shops to large corporations, SmartTechNXT’s Senior Sales Executive for Southern Africa, Warren Rother, brings his knowledge of various management styles and cultures to his new role. His aim is to not merely sell products, but to address clients’ needs by delivering on and exceeding expectations through a personal, people-focused approach.

One day, in conversation with an engineer during his military service, Warren Rother found himself arriving at the answer to questions that had been nagging him for many years – Why are we here? What is our purpose here on Earth? The answer emerged from his interaction with the engineer: to leave something behind, something useful and permanent. This epiphany propelled him into a civil engineering degree.

A few years later, Warren shifted his focus to include marketing management, and then delved into the world of IT. A varied and exciting career ensued, giving Warren the knowledge and experience that he now brings to the SmartTechNXT table.

Shortly after completing his IMM qualification, Warren took on the role of Supplies Corporate Account Executive at Hewlett Packard, working to increase sales within their bloodline of toner and ink consumables, and becoming the custodian of the HP rebate programme. Here, Warren gained invaluable experience, working with large enterprises in, amongst others, the financial and insurance sectors.

In need of a new challenge, Warren put his entrepreneurial skills to the test and started his own successful business, consulting to 4 companies over 6 years and training young salespeople to become sales managers. He then returned to the corporate environment working for Austrian firm, Trotec, as National Sales Manager and developing, growing and enthusing his team by adopting the attitude of, ‘if you look after your team, the targets look after themselves.’ He reaped the rewards of this new management style, doubling Trotec’s turnover within the first two years.

Warren’s experimental, speculative nature soon saw him immersing himself in other exploratory ventures, from hydroponics to natural ecosystem development to life coaching. Through these experiences, Warren found himself once again questioning his purpose in life, which brought him full circle to his reason for studying civil engineering – the ‘why’ of our existence. Through a process of introspection, he realised that he wanted to help people, an instinct that he believes is inherent in all human beings.

This need to help people would soon be fulfilled, because SmartTechNXT’s goal of harnessing smart technology in the service of people speaks precisely to Warren’s personal work ethos, an approach that he refers to as the ‘care and grow methodology’.

“By taking away mundane tasks you can allow people to be more experimental and giving. I think robotic process automation (RPA) is one of the tools that can help companies to achieve this,” says Warren.

Having worked across Africa, Warren believes that selling RPA into Africa will depend on a strategic deployment approach, and that the continent is ready for and open to SmartTechNXT’s unique offering.

“There is an appetite for automation and an understanding that it needn’t compromise job creation. I’ve come across many people wanting to improve the processes in their business, a very comforting experience,” says Warren who points out that automation extends into many other fields, from AI, to data mining to IoT.

Warren’s focus with RPA is to maximise the benefits of time- and cost-saving factors.

“Depending on where it is deployed, RPA can be used to gather and report or improve turnaround times, in turn saving costs. With the current trend in decentralised working, there are many businesses that may find themselves relying heavily on RPA to improve efficiencies by generating, compiling and comparing information.

“I look forward to working with clients to help them overcome their fear of the unknown. I enjoy the challenge of fitting RPA into existing business environments, and I often find that clients need more than they initially expected in terms of RPA deployment.”

When asked what makes working with SmartTech NXT a unique experience, Warren doesn’t hesitate, describing the management team as hands-on, involved and truly caring. “Besides the team’s knowledge and capabilities, I truly enjoy their work ethic and their human way of working.”

The trust that SmartTechNXT shows in their employees is refreshing and inspires people to work hard and make the company succeed in every endeavour. Warren is looking forward to selling products that are the best in the industry for a company that delivers on their commitments and upholds excellent work ethics. He believes that SmartTech NXT has the potential to expand their offerings and grow exponentially beyond RPA. Together with SmartTechNXT, Warren is looking forward to fulfilling his purpose of helping people and leaving behind something not only useful, but permanent.

Do You Want to Boost Your Business?

Drop us a line and keep in touch 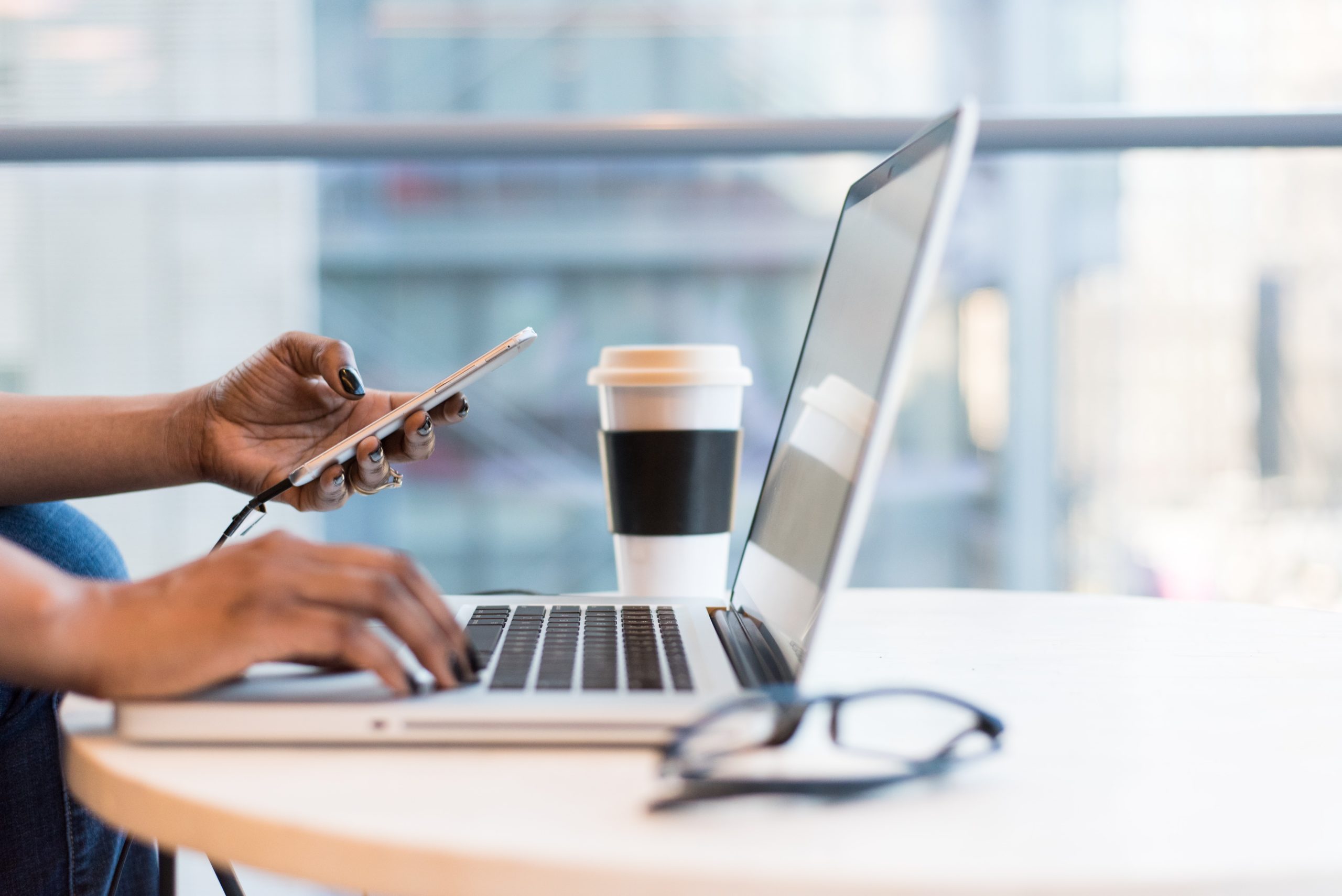 We look forward to connecting with you.

Twitter Linkedin
We use cookies on our website to give you the most relevant experience by remembering your preferences and repeat visits. By clicking “Accept All”, you consent to the use of ALL the cookies. However, you may visit "Cookie Settings" to provide a controlled consent.
Read MoreCookie SettingsAccept All
Manage consent

This website uses cookies to improve your experience while you navigate through the website. Out of these, the cookies that are categorized as necessary are stored on your browser as they are essential for the working of basic functionalities of the website. We also use third-party cookies that help us analyze and understand how you use this website. These cookies will be stored in your browser only with your consent. You also have the option to opt-out of these cookies. But opting out of some of these cookies may affect your browsing experience.
Necessary Always Enabled
Necessary cookies are absolutely essential for the website to function properly. These cookies ensure basic functionalities and security features of the website, anonymously.
Functional
Functional cookies help to perform certain functionalities like sharing the content of the website on social media platforms, collect feedbacks, and other third-party features.
Performance
Performance cookies are used to understand and analyze the key performance indexes of the website which helps in delivering a better user experience for the visitors.
Analytics
Analytical cookies are used to understand how visitors interact with the website. These cookies help provide information on metrics the number of visitors, bounce rate, traffic source, etc.
Advertisement
Advertisement cookies are used to provide visitors with relevant ads and marketing campaigns. These cookies track visitors across websites and collect information to provide customized ads.
Others
Other uncategorized cookies are those that are being analyzed and have not been classified into a category as yet.
SAVE & ACCEPT