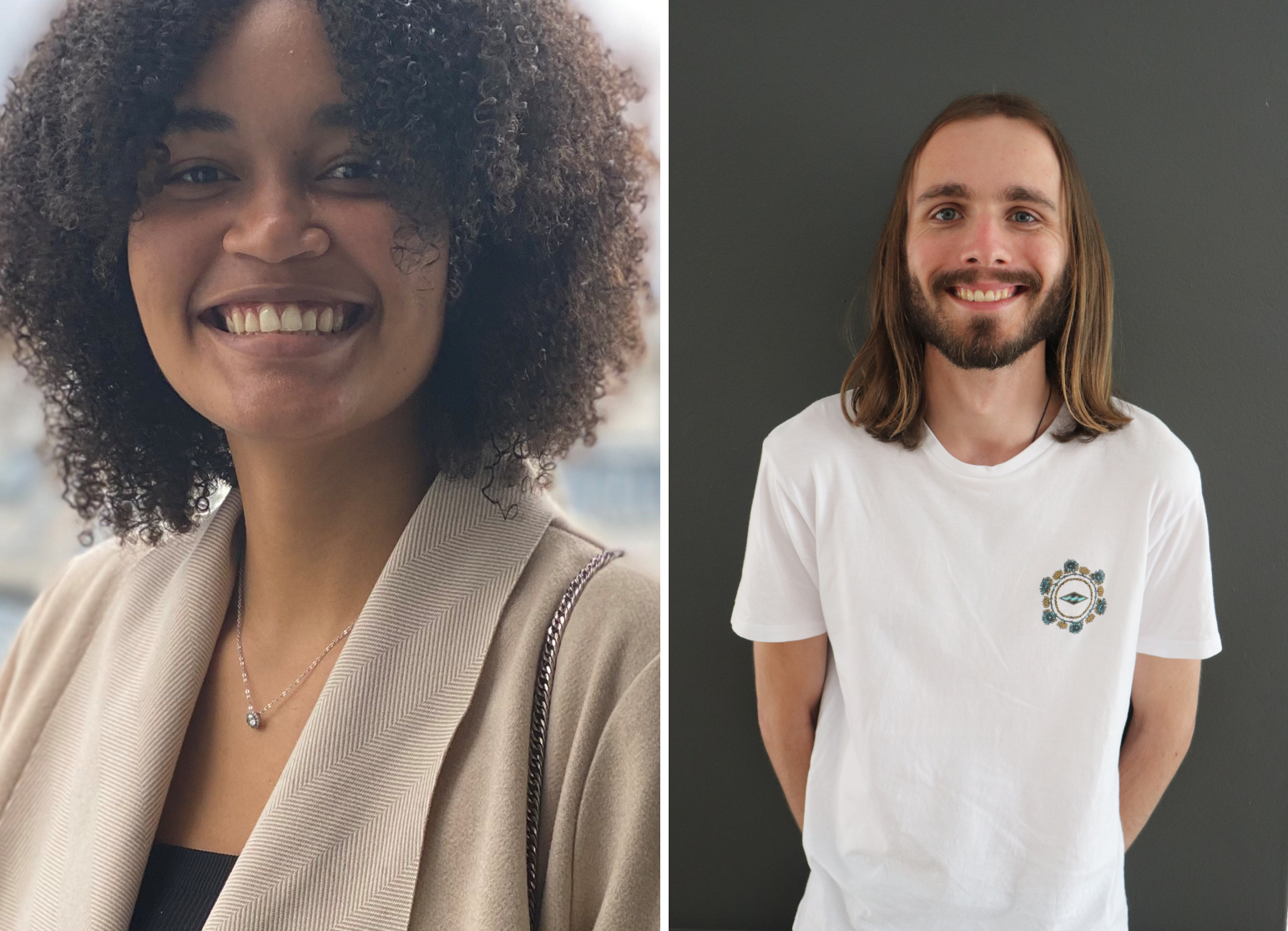 “We are pleased that we have in the Netherlands an important partner in higher education and vocational training. The collaboration between SmartTechNXT, SANEC’s members and Nuffic Neso is a model which we can proudly showcase to other countries.” His Excellency, Mr Vusi Madonsela, Ambassador Extraordinary Plenipotentiary of the Republic of South Africa to the Kingdom of The Netherlands

Launched in August 2020, The SmartTech Desk Digital Internship Programme, an initiative of the SANEC Smart Tech Desk and Nuffic Neso SA, is one of the first international tandem internship programmes in the world. The internship aims to develop talent bilaterally in the Netherlands and Southern Africa.

An Exchange with a Difference

Huba Boshoff, Chief Representative Officer of Neso South Africa, comments, “This internship makes a valuable contribution to education and employment. It is a great opportunity for interns to build a professional network and international experience.”

The programme sees Southern African and Dutch students working together at participating organisations to learn and grow from the knowledge that they gain from their mentors and each other, not only at an industry and professional level, but also from a cultural perspective.

Launching during a global pandemic meant doing things differently and the internship has, thus far, been entirely remote. The initial six-week pilot was a resounding success, leading to a twelve-week second round of internships, this time with a twist. Partnering with Nuffic Neso, Stellenbosch University’s Techpreneurship Centre put forward graduate interns so that Round 2 saw both part-time internships with 2nd and 3rd year students as well as full-time graduate internships.

A Future Force for Good

“The aims of the programme are threefold,” says SmartTechNXT’s CEO, Dr Laureen van Aswegen, “Firstly, to ensure that the interns acquire digital vocational skills required in the new age of digital transformation, preparing them for the (digital) future of work; secondly, to bring about cultural and social interaction and exchange between Dutch and Southern African students; and finally, to be a force for good and teach interns the value of giving back.”

The host companies, most of whom are part of the SANEC network, certainly are giving back: the internship is free to universities and students; graduate full-time interns are even compensated, so the investment from hosts is extensive – testament to their commitment to ensuring that students are digitally savvy, through practical vocational opportunities and experience.

“It’s a huge, tangible investment and commitment into the future of digital skills in both the Dutch and the Southern African market,” says Laureen.

The internship fulfils a deep need in Southern Africa for highly structured methods of assisting and supporting youth development, which is more naturally accessible and abundant in the Netherlands. It allows Southern African youth to share their can-do, enthusiastic attitude and resilience with their Dutch peers and to exercise their innate ability to quickly grasp concepts like coding and automation. In turn, Dutch youth share their historically more global perspective and their focussed approach to career paths with their Southern African counterparts.

A Smart Internship for Smart Students

The quality of young people who showed an interest in the programme has been exciting and rewarding. Ambassador Madonsela observed, “I am captivated by the calibre of interns. Their educational backgrounds and interests are impressive; their resilience, admirable.” The programme hosts also sing the praises of students and graduates such as Michelle Lear and Matthew Oppermann, SmartTechNXT’s interns in Round 2.

Growing up in various African countries, Michelle – a second-year Data Science and Artificial Intelligence student at Maastricht University – realised that careers in technology are vital to the progress of the African continent within a greater global perspective. The SmartTech Desk digital internship provided her with an opportunity to understand and experience the world of work in a technological context, while learning how day-to-day business processes work. Getting down to the nitty-gritty, Michelle reveals that she has learnt to use new programmes such as Automate, creating bots that execute a variety of mundane administrative tasks.

“I can imagine that in a lot of the countries where I grew up, where admin is always a problem, this kind of automation would be very useful,” says Michelle. She has enjoyed the nurturing, structured environment that SmartTechNXT provides. “I think a lot of places throw you in the deep end and see how well you can swim, instead of teaching you how to swim first. But with this internship, I could get help whenever I needed it and watch and learn from experienced professionals.” Michelle’s self-confidence has grown as she has seen herself being able to work and achieve in real-world tech employment scenarios.

Matthew, who found himself in need of direction after obtaining his degree in socio-informatics, political science and English, decided to move outside his comfort zone and applied for the internship in order to delve into the world of machine learning and data science. The bilateral nature of the internship fulfilled his goal of exploring international opportunities in backend and full-stack development, broadening his horizons and enabling him to meet new globally minded people. Moving from hard coding has been a challenging adjustment and a rewarding learning curve, and Matthew has discovered that RPA solutions engineering is a very promising field.

Being part of a graduate internship programme has taught him the value of continuous learning. Having completed two other internships, Matthew has enjoyed the structure of the SmartTech experience as well as the hands-on approach adopted by his hosts. “It’s definitely been the most fulfilling, interactive and rewarding of all of my internship experiences,” he says.

For both Michelle and Matthew, the SmartTech internship has been invaluable in gaining experience and in understanding the world of work.

“Through this internship, we are taking steps to address the issue of the flooded tech market by bridging the unemployment gap for students who have graduated and are trying to enter the job market. An international program that straddles two continents offers additional opportunities for students and adds impressively to their CVs,” says Meghan Rossouw, project coordinator for Nuffic Neso.

With the Netherlands’ strong roots and trade agreements in Southern Africa where the Dutch government is making deep inroads into development, a bilateral internship such as this is a recipe for success. And, as hopes of improved travel grow, so do plans to hold the next round of internships on site from February 2022.

Read the full comment from His Excellency, Mr Vusi Madonsela, Ambassador Extraordinary Plenipotentiary of the Republic of South Africa to the Kingdom of The Netherlands. 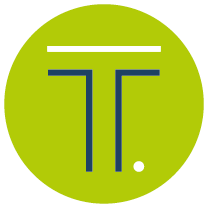 Twitter Linkedin
We use cookies on our website to give you the most relevant experience by remembering your preferences and repeat visits. By clicking “Accept All”, you consent to the use of ALL the cookies. However, you may visit "Cookie Settings" to provide a controlled consent.
Read MoreCookie SettingsAccept All
Manage consent

This website uses cookies to improve your experience while you navigate through the website. Out of these, the cookies that are categorized as necessary are stored on your browser as they are essential for the working of basic functionalities of the website. We also use third-party cookies that help us analyze and understand how you use this website. These cookies will be stored in your browser only with your consent. You also have the option to opt-out of these cookies. But opting out of some of these cookies may affect your browsing experience.
Necessary Always Enabled

Performance cookies are used to understand and analyze the key performance indexes of the website which helps in delivering a better user experience for the visitors.

Analytical cookies are used to understand how visitors interact with the website. These cookies help provide information on metrics the number of visitors, bounce rate, traffic source, etc.

Advertisement cookies are used to provide visitors with relevant ads and marketing campaigns. These cookies track visitors across websites and collect information to provide customized ads.

Other uncategorized cookies are those that are being analyzed and have not been classified into a category as yet.